Tonight we were in the zone again, so in no time in only 3 goes we smacked her down and stole all her stuff! Well done on a focused start to the raid everyone!

The kill has been in range for a while now, all it took was for us to be rested and rdy and to work out the last details towards the end of the fight. 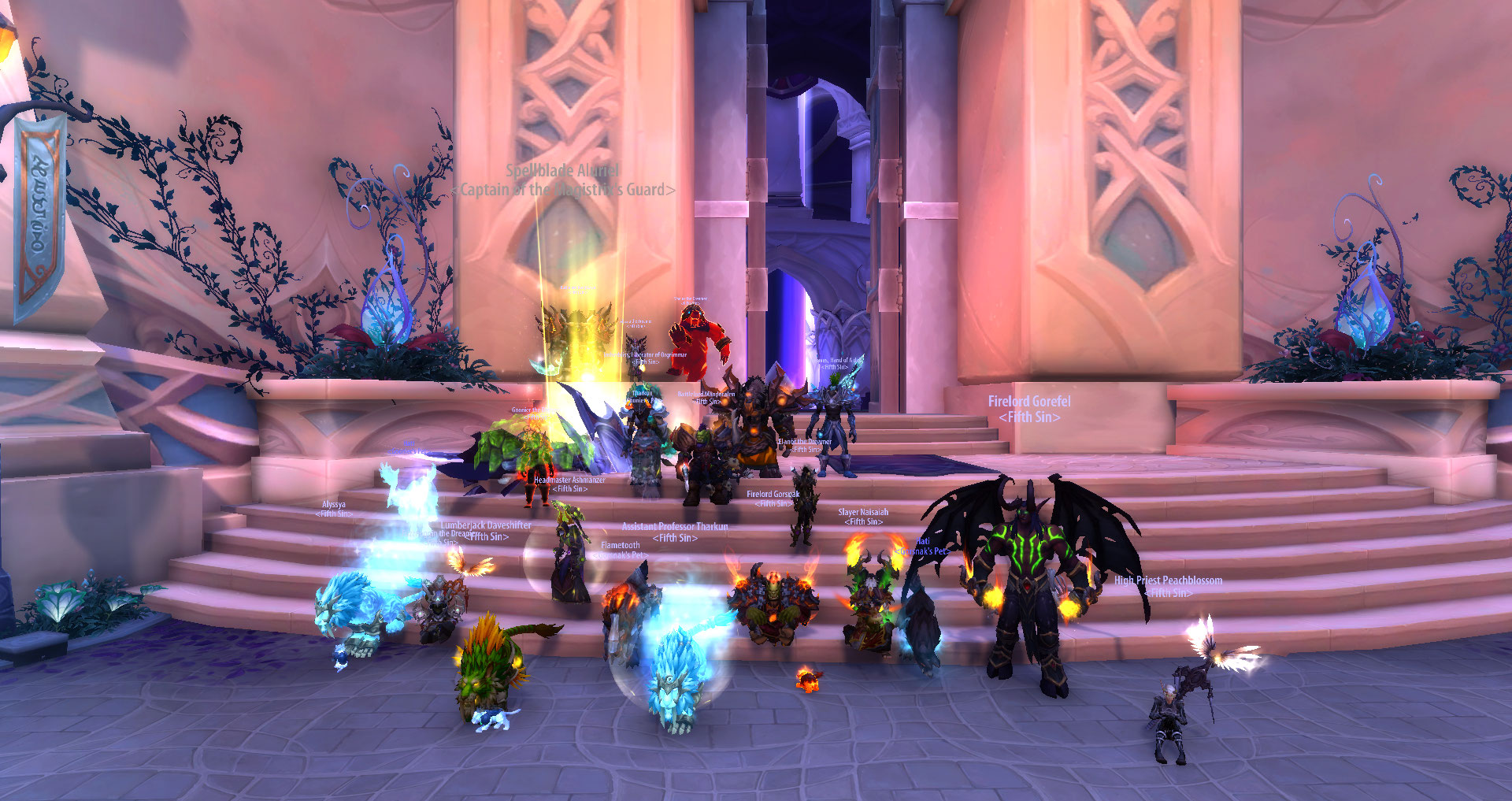 This fight for us has been plagued by various bugs to do with the souls, they tend to knock the tanks through walls and get stuck in bushes and that sort of thing, also lots of fun line of sight and our of range issues, primarily for the healers but also to some degree for the ranged dps I think. Beyond that it is also a demanding fight in terms of possitioning, and the majority of our prgression on this fight was learning to do the frost debuffs flawlessly. It did not help that for some of raids where we spent time on this boss we were a tad low on ranged dps. All in all considering the extra challengs we faced due to this I'd say we did quite alright on this boss, it took us a litle bit longer than anticipated truth be told, but even spending time on a boss attempting it with a disfavourable setup can teach you things

It is also worth noting that in the same raidevening we got Botanist to the point where we are alread looking at the finnishing touches, so he should follow shortly as long as we don't run into any unforseen problems. Tichondrius is next on the menu following Botanist, and then ofc onwards to StarBro.

killpic and video to follow once they are uploaded.
"Big star. I blow solar flares out of my ass" -Denny Crane.
"You don't plan sincerity. You have to make it up on the spot!" -Denny Crane
"I don't understand why people don't use violence to solve their problems more often, it works every time!" - Denny Crane.
"Hate to extort and run, but I'm afraid I will need an answer on this. Now." - Alan Shore.
Guildmaster & Raidleader of Fifth Sin

Users browsing this forum: No registered users and 4 guests