Abyssal Commander Sivara lies smashed on the floor of The Eternal Palace, along with a fair few of us....

We managed to down the boss while pushing her past her enrage timer, I have a feeling this is not that uncommon for this boss? I'd say its a spicy boss for a first boss of the tier, reminds me of first boss in ToS in terms of difficulty, certainly a change from first boss in BoD. We started working on it last week, but we were struggling to kill it in time. Another week of loot from heroic seemed to have helped some, we had attempts where we were doing well on the dmg. On the kill itself we were a bit behind, hence the kill 45 sec after enrage, but we kept our cool and tried to make the most out of what is a fairly lenient enrage if you spread and let the boss chase around after ppl. All in all it is imo a fun boss to progress. Well done everyone on the kill, and grats to all that got loot. 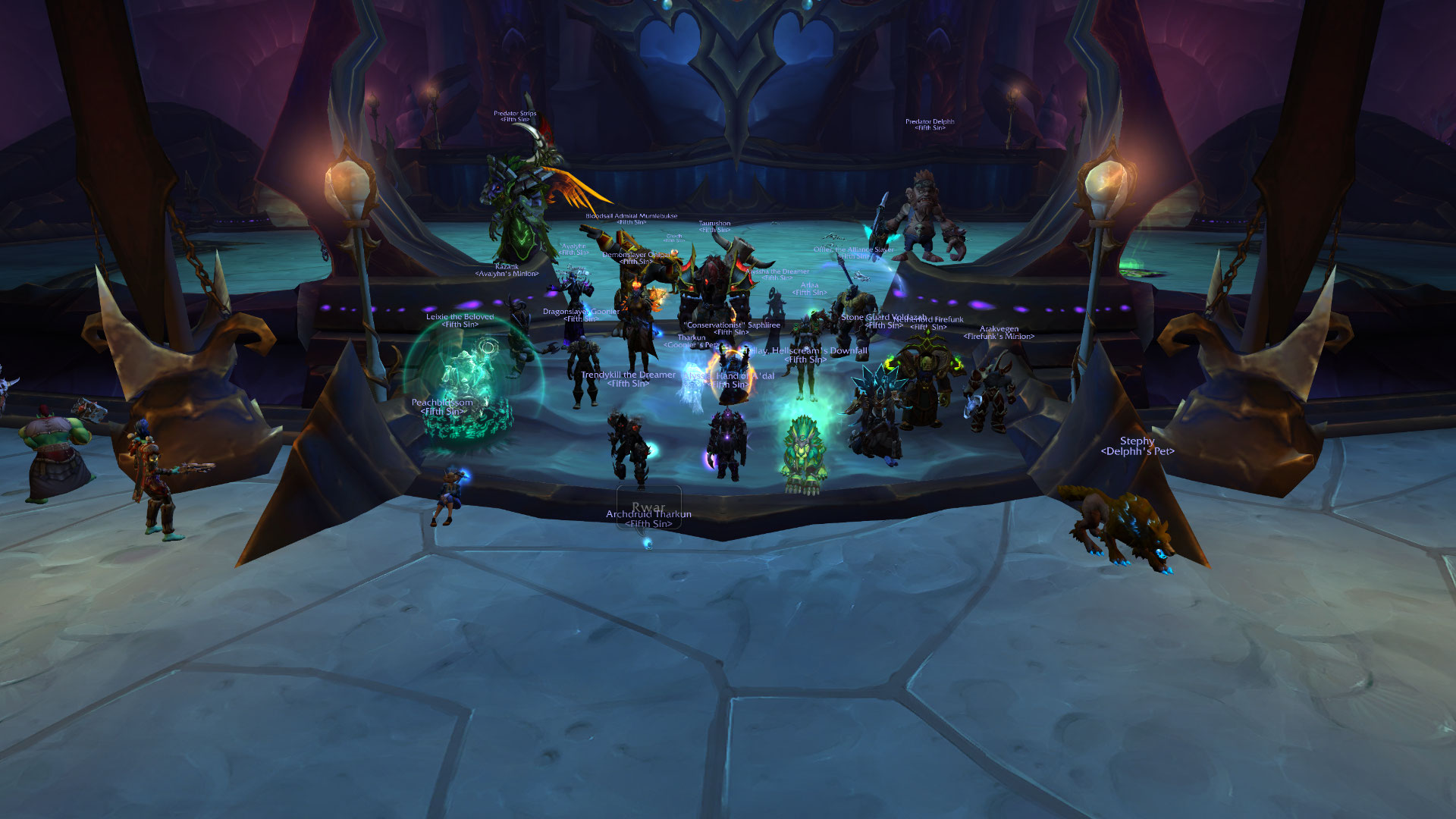 Link to logs
"Big star. I blow solar flares out of my ass" -Denny Crane.
"You don't plan sincerity. You have to make it up on the spot!" -Denny Crane
"I don't understand why people don't use violence to solve their problems more often, it works every time!" - Denny Crane.
"Hate to extort and run, but I'm afraid I will need an answer on this. Now." - Alan Shore.
Guildmaster & Raidleader of Fifth Sin

Users browsing this forum: No registered users and 5 guests